What are JDM Cars? 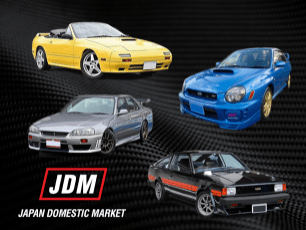 JDM (Japanese Domestic Market) refers to vehicles and parts designed to conform exclusively to Japanese auto regulations for the sole intent of selling in the Japanese market.

A car that was manufactured and produced with the intent to only be sold in the Japanese market and not outside of the country. The true JDM cars never leave Japan and were designed to follow the Japanese road rules and regulations. The JDM cars are different from the Japanese-made cars for export because the rules are applied to the same platforms built in other countries. The Japanese made the engines of their cars stronger and easier to upgrade while keeping the number lower to not provoke unnecessary competition. 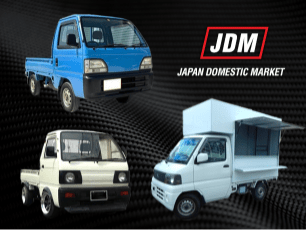 Why is it so popular in North America?

The JDM cars are one of the most sought-after and known cars in the world. They are not the most powerful, most expensive, and fastest car but they have limited access and one of the most well-built cars. Maybe because of the limited access to JDM, some car lovers dreamed of having one. Nowadays, owning a JDM car won’t just be a dream because the USA can now import these cars but only after 25 years after its release. Contrary to popular beliefs, JDM cars are not expensive but they give a more pleasant experience in driving, reliability, and performance.

What is Buy Now?

Use BUY NOW to instantly reserve &
purchase the vehicle you want

How can I find clearing agent?
Please contact us if you cannot find clearing agent then we can send you service that we have relationship with.
What is an ISF (Importer Security Filling)?
ISF form is a document detailing of your shipment such as importer & Supplier contact information.
This information must be forwarded to your custom broker for filing with U.S Customs and Border Protection (CBP).
Does BE FORWARD provide ISF?
We do not provide filling.
ISF need to be filled by Importer, owner, purchaser, consignee or agent such as licensed custom broker.
How will I be able to track my vehicle?
Once your payment is confirmed in our account, we will send you a URL link called the CAP (Car Arrival Progress) link for your car. This link will provide you all the updates regarding your vehicle.