Don't Miss Out ! Get Extra Point !

Create an account and verify
your email to receive

The COVID-19 Pandemic has had a major impact on global logistics operations and has resulted in delayed bookings for vehicles.

Despite this, BE FORWARD continues to do its best to get your car shipped as quickly as possible by working closely with the shipping companies.

In addition, please note that the shipping of electric vehicles, salvage vehicles, large vehicles, construction machinery, etc. may be delayed or may not be shipped due to the regulations of the shipping company.

We apologise for any inconvenience caused and appreciate your understanding. Please do not hesitate to contact our sales representatives if you have any questions.

We are accepting orders, and our delivery service is still available.

Also, please be informed that our Sales staff will be working from home until further notice.

For general inquiries, please see our FAQs Page or fill up our Inquiry Form.

You may also Contact our Japan Sales via WhatsApp or Skype. 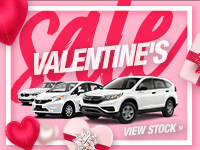 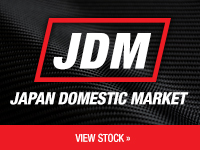 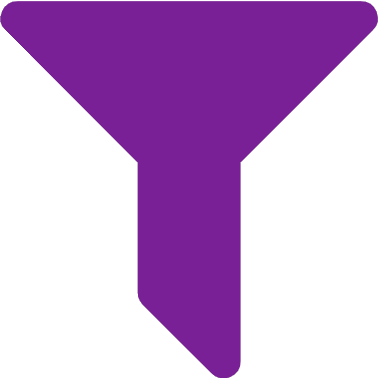 Thank you! Your inquiry was submitted

You will receive an email shortly with the price quote.
If you have more questions, please reply to the email so we can assist you.
LIMITED TIME OFFER

Order this vehicle Within 1 Hour and Get discount!

Note: Payment must be made within 24 hours (excluding Saturday and Sunday)

Try fastest way to Purchase this vehicle!
Now you can reserve this vehicle and instantly download a Proforma Invoice so you can proceed with payment.

Sign up to receive exclusive discount coupons!
You can also view your favorite cars and receive notifications on reduced prices.
SIGN UP

Login is required to use
"Notify me" feature.
Please login or sign up.

Added. You will be notified
when the vehicle becomes available.

The vehicle has been added to Favorites.

Buy Your Next Used SUV at BE FORWARD

With its high ground clearance, large cabin, four-wheel drive, and passenger and cargo transport capabilities, the sports utility vehicle, or SUV as it is better known, might have been seen as unnecessary for most city dwellers and drivers alike when it was first launched. However, it is exactly these characteristics that have helped it sweep across the world and unseat the sedan as the most popular category of car.

With over 49,000 used SUVs ready to be shipped around the world, you will have no problem finding your ideal vehicle at BE FORWARD. Our list of SUVs comprises mainly of offerings from Japanese manufacturers like Toyota, Lexus, Honda, Nissan, Mazda, Subaru, Suzuki, Daihatsu, and Mitsubishi, however, we also carry models for the most popular international car brands like Mercedes-Benz, BMW, Volkswagen, Audi, Hyundai, and more.

The image of the SUV might once have been that of an oversized gas guzzler. Today, it is actually one of the most diverse car categories. Just as there is now an SUV at every point in the cost spectrum, so too are their SUVs of every size and body type.

At the smallest end are subcompact SUVs, also known as mini SUVs. These usually make use of the same platforms of subcompact/B-sized sedans and hatchbacks. The exterior length-wise usually measures under 4,400mm, but as compared to similar-sized hatchbacks and saloons, they come with the advantages of large legroom and headroom, and convenient ingress and egress. Lastly, put against their larger-sized brethren, subcompact SUVs offer better fuel efficiency.

Moving up one size are compact SUVs, which are based on platforms from either B-size (subcompact), C-Size (compact), or D-size (mid-size) sedans and hatchbacks, and typically have two rows of seats. They measure from 4,300 to 4,700mm in length. Alongside mid-size SUVs, compact SUVs have been credited with the steep rise in popularity of the SUV category.

As you might already know from its name, mid-size SUVs fall between full-size and compact-size SUVs. They measure from 4,700 to 5,100mm and are based on the D-segment or mid-size passenger car, while others are based on compact or mid-sized pickup trucks.

Full-size SUVs are the largest available. Most actually share their platforms with full-size pickup trucks and measure over 5,100mm in length.

A crossover SUV is one that shares a platform with a passenger car as opposed to that of a pickup truck. They usually offer a more comfortable ride and better fuel economy.

Toyota offers SUVs from every category, so you can be sure that there is a reliable model that will fulfill your requirements. Their smallest is the sub-compact C-HR which seats five. One size up is the Harrier that later became a mid-size from 2003, as well as the best-selling RAV4.

Toyota's mid-size SUVs are the retro-styled FJ Cruiser, which wouldn't look out of place in a safari, the powerful Fortuner, and the Vanguard, which is essentially a RAV4 with a longer wheelbase. Another mid-size Toyota SUV that had beginnings as a compact is the 4Runner.

Finally, Toyota's full-size SUV is the rugged and durable Land Cruiser, which first began production in 1951. It comes in various body styles like the hardtop, station wagon, and convertible.

Lexus has developed a full range of luxury SUVs, some of which share platforms with Toyota models. The LX is their flagship full-size SUV, based on the Toyota Land Cruiser. Certain Lexus LXs, such as second-generation releases, are able to seat up to eight passengers.

Originally released as the Toyota Harrier in 1997, the RX is considered as the first luxury crossover SUV. Besides the compact-size trim released in the first generation, all RXs are mid-size.

Lexus's NX is the carmaker's relatively new but well-received compact SUV. The NX is a hit in Europe, becoming Lexus's best-selling model there, while in Russia, it was the best-selling luxury car.

The stylish and comfortable compact CR-V boasts the greatest sales of all Honda vehicles in the world. Similar in size, the compact Honda Element lasted only one generation, from 2003 to 2011, and is known for its boxy exterior.

Honda's Vezel, branded in the Japanese domestic market (JDM) as the HR-V, is one of a few sub-compact and later compact SUVs that the carmaker developed. Just like the Vezel, Honda's Crossroad was a compact SUV that began as a sub-compact. Initially, it was sold as a rebadged Land Rover Discovery from 1993 to 1998, whereas from 2007 to 2010, the Crossroad's name was resurrected for Honda's own compact SUV targeted at young families.

Mitsubishi has three SUV models from the subcompact RVR which originally began as an MPV, to the ever-popular compact Outlander, and the full-size Pajero, known as the Montero in North and South America, and the Shogun in the United Kingdom. Much like Toyota's Land Cruiser, the Pajero is well-built and designed to handle rough terrain.

Beginning from the smallest to largest SUV models, Nissan offers the Juke, Rasheen, Rogue, X-Trail, Dualis, Murano, and Armada. The carmaker spares no expense with the Armada, which seats up to eight in a plush interior.

Mazda's SUVs are known for their to-die-for looks and excellent handling. In ascending order of size are the Mazda CX-3, CX-5, CX-7, and CX-8. The CX-5 replaced the carmaker's utilitarian compact crossover Tribute, which was jointly developed with Ford.

Subaru's Forester is the SUV to get for the outdoors with its high ground clearance. The Outback is for those wanting a larger option, while the XV is the smallest Subaru SUV, which shares a platform with the Impreza.

Suzuki specializes in fun small and mid-size SUVs like the Escudo, Grand Vitara, Hustler, Ignis, Jimny, SX4, and the Xbee. Certain Suzuki SUVs such as the Jimny and Hustler are even classified as Kei mini cars in Japan.

Daihatsu produces the subcompact Rocky SUV, known also as the Toyota Raize. The Rocky is an all-around option at a low cost.

What to Consider When Buying a Japanese SUV Import

Buying a Japanese SUV import is no different from buying any other type of vehicle from overseas. Ensure that there is no rust as well as check if there is any history of damage.

A reputable dealer will not attempt to hide any of these, so you should also be cross-checking the dealer's reputation when shopping for your SUV. BE FORWARD is Japan's number one used car exporter and is trusted by car buyers worldwide, so make your SUV purchase with us today!

You have reached a limit
Create account to save unlimited number of vehicles in your Favorites list.
You’ll receive email notification, if any of the vehicles in your list are discounted.
Already have an account? Login

SAVE SEARCH & SET ALERT
Get email alerts to keep track of price drops and new vehicles matching this search
Already have an account? Login

You have reached a limit
Create account to save unlimited number of searches.
Already have an account? Login